Sibling DNA testing is performed to determine if two or more people share one or both parents. These tests are typically used as an indirect method to prove family relationships when the possible father isn’t able to undergo a paternity test. Less commonly, sibling DNA tests are used to determine if two people have the same mother. Ancestry testing is frequently the trigger for individuals to order sibling and/or paternity DNA tests because close matches are disclosed as part of the testing.

Hundreds of stories are published online about siblings finding each other through DNA testing. While discoveries revealed through DNA testing can be emotionally difficult for all parties involved, many individuals are grateful for the chance to bond with newly-discovered family members.

Full Siblings vs. Unrelated: The DNA of two individuals is compared to determine the probability they have the same biological mother and father versus being completely unrelated. A common use for this type of DNA test is in U.S. immigration cases in which a U.S. citizen wishes to sponsor a possible sibling applying for an immigrant visa.

*U.S. Citizenship and Immigration Services (USCIS) may suggest and accept DNA test results as evidence of a full-sibling or half-sibling relationship in any petition or application for an immigration benefit in which the relationship is required to establish eligibility or is otherwise relevant to an eligibility determination.

Can a DNA test prove half siblings?

Yes; sibling DNA testing can establish whether brothers and sisters share either a biological mother or father (half siblings).

Can a DNA test determine if siblings have the same father?

Yes; testing the DNA of siblings can determine a shared biological father without his involvement.

Siblings share some of the same DNA and more than that of more distant relatives, regardless of their gender, although the amount varies slightly.

Do twins have identical DNA?

Twins don’t have identical DNA, whether they’re fraternal or identical. Typically, people carry two copies of every gene, one inherited from each parent. In the past, scientists thought identical twins shared identical genetic profiles because they developed from the same fertilized egg. A 2008 study analyzed DNA in 19 adult sets of identical twins. Researchers identified regions in the genome that deviated from this two-copy rule, resulting in copy number variants. They found these regions could carry anywhere from zero to more than 14 copies of a gene. They theorized that these variants were a natural occurrence that accumulated with age and the genome humans are born with aren’t the same as the one they die with—at least not for every cell in the body.

In a research context, DNA testing of siblings is an invaluable tool to determine if diseases are genetic or associated with other factors (e.g. environmental exposure). For example, one twin in the 2008 study was missing some genes on specific chromosomes that indicated an increased risk of developing leukemia. Indeed, he had leukemia, while the other twin did not. Because the subjects of this study were adults, the researchers couldn’t determine whether this chromosomal anomaly occurred in utero or later due to external factors.

Whatever your personal reason for ordering a DNA sibling test, it’s important to select a highly-trusted and accredited lab to perform the testing. DDC offers the latest technology and accurate testing to resolve questioned biological-sibling relationships, for legal and medical reasons, or just for peace of mind. 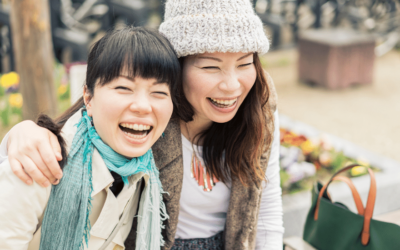